Today I spent seven hours slaving away over a hard concrete slab.  Yes, the annual Indio Chalk Festival.  This year the festival was moved from outside the city hall to Miles Avenue a block away, and the street was blocked off.  I knew that I was being asked to do a much larger painting this year, and had in mind that I might do a triptych, though I had no clue what exactly I was going to do.  However, instead of being assigned a space, I was asked to pick one.  I had the choice of concrete or blacktop, and opted for a familiar surface, mostly in the shade.  The area I chose had four perfect squares with spaces in between, so I decided to use them all.  I wasn’t sure whether to do four seasons (like Vivaldi’s Window) or 4 times of day, like the painting I’m working on for my timelapse video (hopefully done in time for May’s newsletter) – so I did both.

And yes, tomorrow will be the best day of the year to commit a crime – I have no fingerprints – wore them off rubbing the chalk into the concrete.   Oh wait, I have a show in Indian Wells this weekend, and I ache everywhere, especially my knees. 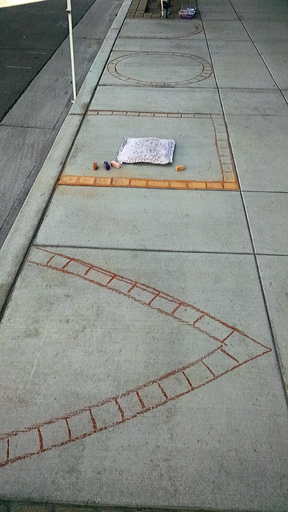 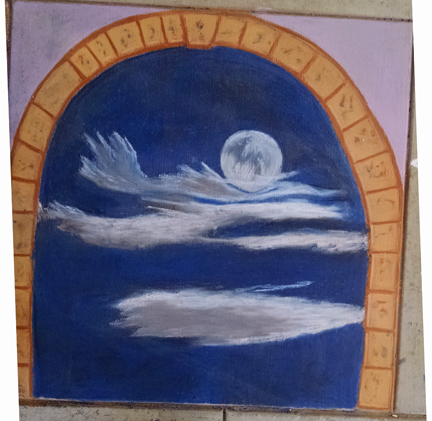 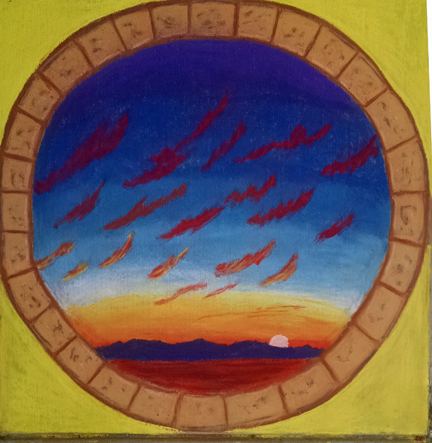 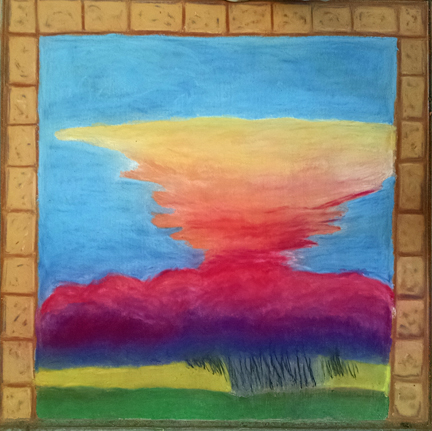 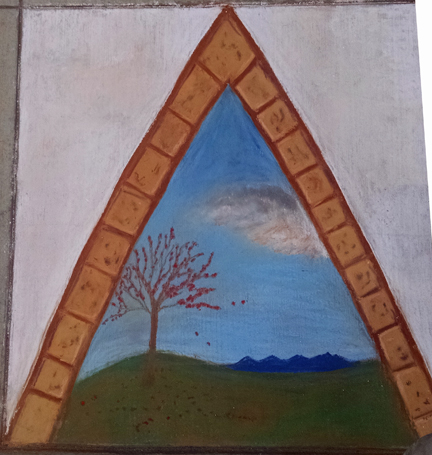