Each year there is a ‘Shakin up the Arts’ show at the Carmen Durazo Center in Calexico.  This year the show was just about equally divided between high school students and adult artist entries.

Some of the adult entries 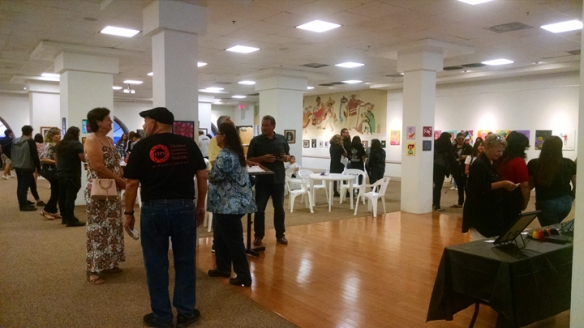 There was quite a crowd at the reception 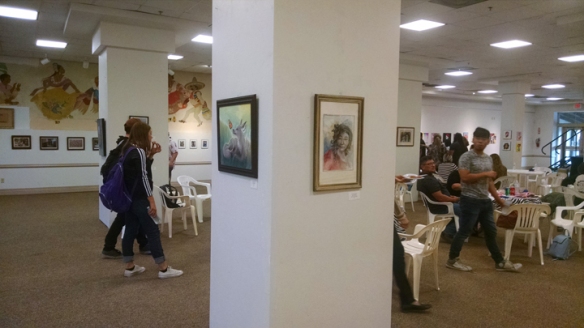 The support pillars are ideal places for the small artworks 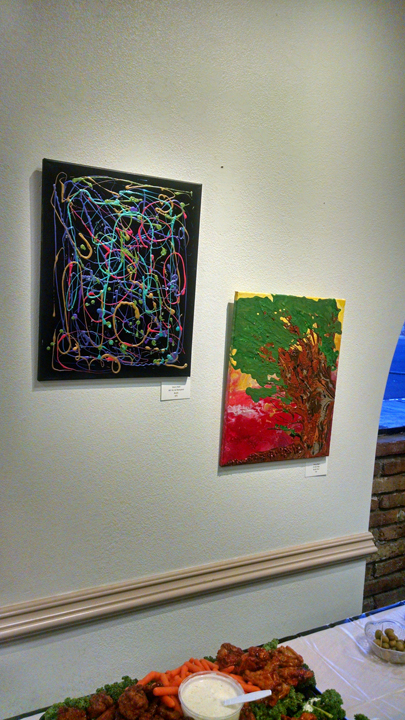 Some more of the student work. This young lady had no qualms about asking me whether I liked her painting!

There were some 3-d pieces also.

Yesterday evening was the reception for the Calexico 110th birthday celebration at the Carmen Durazo Cultural Arts center. The art show had 110 pieces of art in there. Fortunately it’s a big hall, and there were some paintings in the lobby of which I didn’t take photos.
The reception was well attended and there was a short speech by the Mayor, followed by a group photo of all the participating artists that were present.  Enjoy the show! 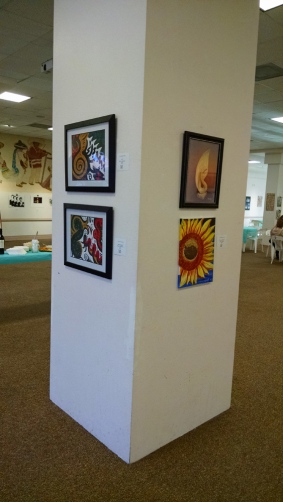 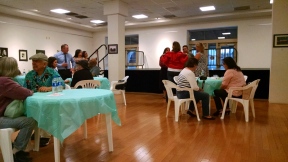 Last night my friend Bob and I went to the Women in Art event at the Carmen Durazo Cultural Center in Calexico.  I had a half dozen paintings in the show, and had brought some items from my gallerist Alana of sm’Art Studio in La Quinta.

An interesting item for me is that I had never seen ‘A Week in Politics III‘ hung on a wall.  I’d seen it in the booth but had never gone to the lengths of putting 7 nails in the wall at home to display it, so this was a treat.

When I went to take a photo of the display, a couple ladies were having their photo taken in front of it.  I later spoke to one of them – Monica Lepe-Negrete, who it turns out is running for Superior Court Judge.  She loved the serendipity of her choice of background once I’d told her the story behind the artwork. 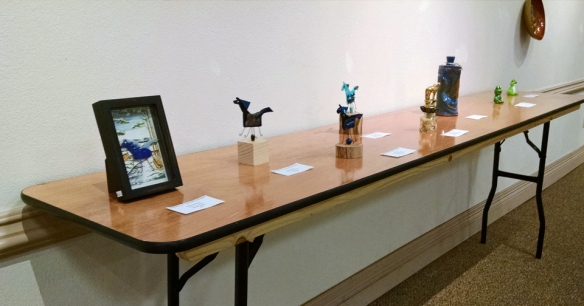 Some mixed-media horses by Alana Marston, and a few ceramic pieces.  Alana is into horses – does it show?

The reception was a joint reception with the Chamber of Commerce and we got to meet several business owners.  There were three short speeches given by local business people and community members about the importance of women’s history in the world and the community, and also of empowering the next generation of women to achieve what they are capable of.

Last night I went to Calexico to the Paint Pink show reception.  This is a breast-cancer awareness themed show – and the requirements were anything to do with breast-cancer or anything pink.

The reception was quite well attended – I got there a little late so some had already left.  One thing that I did notice was that most of the work was very small! 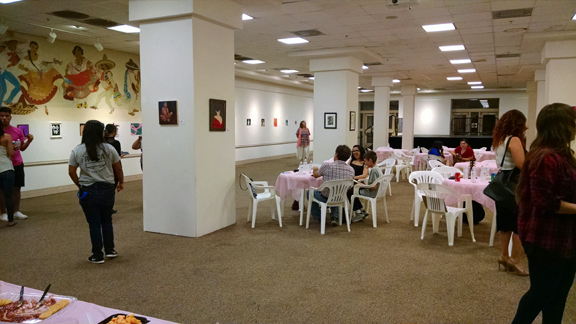 It was wonderful though to see that there were quite a few sales. 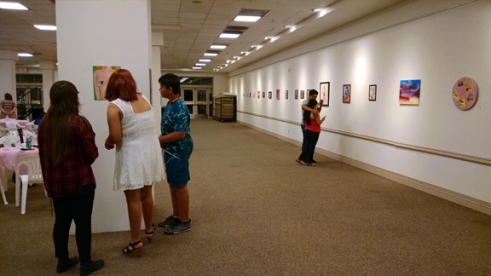 My work was definitely the largest there – and I didn’t even photo most of it. You can just see the two smallest ones on the right here.  The ones I chose to take were my most pink work, I don’t have anything specifically to do with breast cancer. 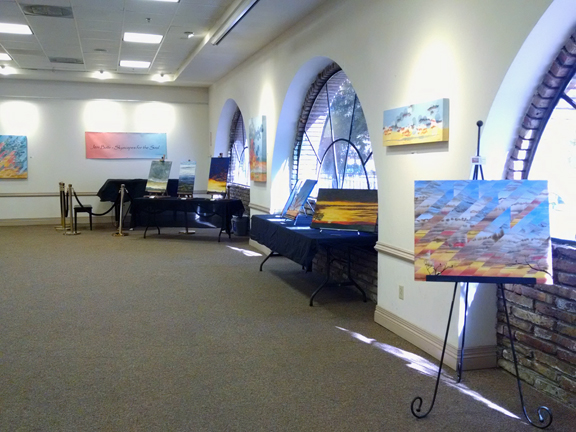 This morning I delivered about 60 paintings to the Carmen Durazo Cultural Center in Calexico for my solo show “Mixed Weather”.  (I say ‘about’ because I’m not sure how many are in the mat bin.)  Sandra Tauler helped set up the show, unboxing while I went around hammering and hanging, and matching the labels up with the artwork while I gathered the boxes and corralled them back into the truck.  We turned it all around in just over 2 hours.

On Thursday, 6-8pm, we will hold the reception.  I like showing the paintings hanging in place – it gives a different perspective than just seeing the image on the website.  Come over and see the paintings closer up if you live in the area.  Some have poetry painted into them also. 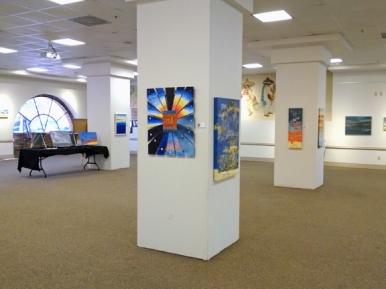 Take a box of watercolor pieces, add mats, matching foamcores, glue, brushes and twelve students.  The result?  Lots of fun, loads of creativity and quite a few who would like to do it again on the 9th.  Several of the students had the time to do multiple artworks. If you live in the Calexico area, I have one more youth class this month, and two adult classes.  Check out the options on the Calexico brochure online.

Really getting into it

All the finished pieces 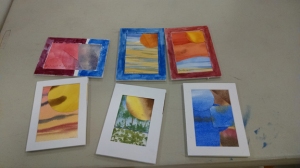 Painting on mats too