I never could see the man in the moon, except when the Apollo program was running.  And yes, I’m old enough to remember it – but also young enough to have wished that I’d been ten years older to better appreciate it.

I always saw the rabbit in the moon. So, I decided to paint it, seeing as I had an aging bucket of gesso and some craft paints that needed to be used or lost.  I thought it would be good to get this done while it was still cool enough to paint outside, and I just got finished in time.  The sad part is that whether or not anyone is happy with it, it’s now going to be too hot to paint outside in the light, so Salton City is stuck with this one until October. 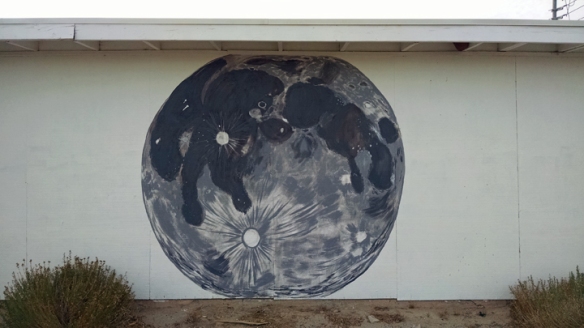 The Rabbit in the moon.

1 thought on “Mooning around”